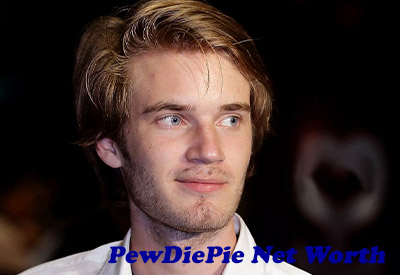 PewDiePie is an internet personality who rose to fame by doing what most parents hate – letting their kids play too much video games. The only difference being that he uploaded his gaming content on YouTube, added a little commentary and Voila! Millions came trickling in. It sounds easy, but technically, it’s more involving than most corporate jobs. Lets’ dive into PewDiePie’s net worth in 2021.

PewDiePie, real name; Felix Arvid Ulf Kjellberg is a Swedish Online Content creator who was obsessed with gaming. Initially, he would skip out on high school to play at a local Internet café with his friends. Moreover, he even dropped out of college after losing interest to pursue a career in what he believes is artistic. Like most parents, he wouldn’t let him hear the end of it and cut him off.

As a result, he had to make money off selling printed merchandise to buy a computer for his gaming. Typically, most of us have probably had to create entirely new social media accounts after forgetting their passwords. The YouTuber suffered first hand with his initial channel called PewDie and had to remake his content to his new and current channel in 2010

His fan base grew over his bizarre Let’s Play game videos on Call of Duty, Minecraft and other horror based video games. Two years later, PewDiePie’s net worth had significantly increased with the number of subscribers surpassing 1 million in July. As we speak, he is currently at 96 million, second only to his rival T-Series with over 100 million subscribers.

The exposure on YouTube has been instrumental in opening up new avenues and acting career. Felix has starred in YouTube Red’s Scare PewDiePie, streaming, and other formatted shows. His signature move is ending his videos with a ‘Brofist.’

PewDiePie is subject to a lot of controversial works. His jokes are mostly goofy, full of profanity, and sometimes geared towards pop culture. However, his Subscriber war with Indian Music Label, T-Series is probably his best work as it mobilized more people to join his cause.

Moreover, he even wrote and choreographed a whole diss track titled “Bitch Lasagna.” In 2013, he became the most-subscribed YouTuber with 5 million users. The PewDiePie wave even mobilized independent hackers who hijacked printers to try and get him more subs.

For a long time, Felix’s revenue came from monetizing his channel’s content through Google’s Adsense. However, 2014 saw him embrace brands like Legacy Pictures, Mountain Dew, and G Fuel. Notably, it is also true that he lost some other partnership deals in 2017, which is considered his worst year. The plight came as a result of some controversial and offensive remarks he had made.

Nevertheless, sources have PewDiePie’s net worth in 2021, closing in fast at roughly $30 million. Another great pool comes from his game publishing firm called RevelMode. On the other hand, the YouTuber doesn’t like people focusing on his financial status. Instead, he would rather direct their resources on his philanthropic work on Wildlife, Children’s Hospitals and other charitable works.

Unlike most celebrities, Felix takes a more simple approach to life. He lives in Brighton, England with his Italian girlfriend, Marzia Bisognin, a former YouTuber and two adorable Pugs. When it comes to cars, he doesn’t like to admit it, but he has a Porsche Cayman.