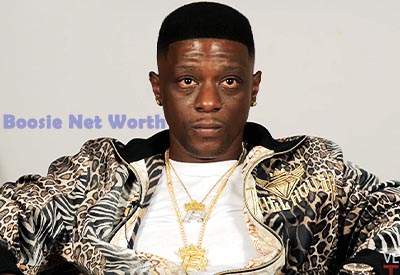 Torrence Hatch Jr. is popularly known as Boosie Badazz, and formerly Lil Boosie was born on November 14, 1982, in Baton Rouge, Louisiana, USA. He is the son of Raymond Hatch and Connie. In his childhood days, Boosie engaged in basketball and poetry. The former was sweeter to him, and he highly excelled in it and won an award for the most improved player in his high school in 1997. However, an unfortunate incident happened to him in 1996 when his father died, and he transformed his poetry career into music. Boosie got so interested in it until he became a rapper and released some albums. Boosie’s net worth was greatly increased by his music career.

His cousin Young Dee introduced him to C-Loc in the mid-1990s. Fortunately, he was mentored by MD, Young Bleed, and C-Loc, and he became a member of the Concentration Camp in 1996. After learning this trade, he made his debut in the music industry in the group’s fifth album dubbed It’s A Gamble.

One of his landmark works includes his debut album dubbed Youngest of da Camp. That marked the onset of his career’s upward trend, not to mention Lil Boosie’s wealth with it. When he started gaining ground in the music industry, Boosie joined Trill Entertainment, and he picked up well with the CEO. Consequently, he released his album For My Thugz in 2002.

Afterward, in 2003 he did an album together with Webbie dubbed Ghetto Stories. They did not stop there because, in 2004, they worked together again on Trill Azz Mixtape volume 1 and followed it up with Trill Azz Mixes II. Since then, Boosie has moved from glory to glory with the subsequent albums that he has released.

Some of the renowned albums that Boosie has released include Ghetto Stories and Gangsta Muzik. Moreover, he also signed a deal with Warner Bros. Records. Later he released Bad Azz and Survival of the Fittest; Superbad: The Return of Boosie Bad Azz and Bad Azz Entertainment.

Moreover, he also released Incarcerated; Touch 2 Cause Hell and Life After Deathrow, and Penitentiary Chances Boosie Badazz and C-Murder joint album and BooPac. These are some of the albums that he has released in the course of his music career. Boosie has quite an enormous number of songs: over 500. He changed his name from Lil Boosie to Bossie Badazz in 2014.

Some of his major works encompass founding Bad Azz Entertainment in 2008, and he released Lil Boosie Presents: Da Click. Furthermore, he also owns the Jewel House clothing line which he launched in 2014. Fortunately, he was highly favored by his investment and made a turnover of $4 million in just eight months. Boosie’s net worth is $3 million in 2019.

After achieving celebrity status, everyone wants to live according to that class. Boosie was not left behind, and consequently, he owns classic cars that are typical of celebs.

For instance, he drives a 5th Generation Chevrolet Camaro, among others. He has a collection of cars and a palatial home worth quite a fortune. When you look at the size and design of his house, it is a castle.