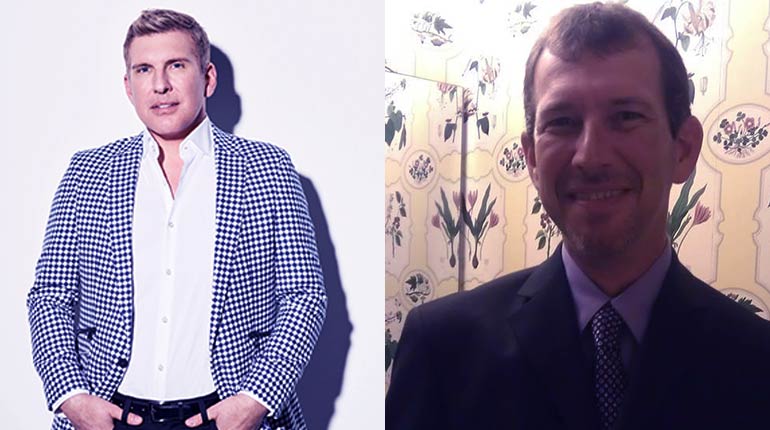 One of the famous names in reality business is Todd Chrisley. In his rising career, he was a successful real estate agent. At some point, his business failed miserably, and he had to file for bankruptcy.

Despite Todd’s failing career, he got support from his family. However, in this article, we are not discussing Todd Chrisley’s career downfall.

Instead, we are focusing on all the information about Todd Christley’s two siblings; Randy Chrisley and Derrick Chrisley.

Who is Randy Chrisley?

Randy Chisley is the son of Gene Raymond Chrisley and Faye Chrisley. He grew up with two other siblings, Todd Chrisley, and Derrick Chrisley.

Randy’s life is a rollercoaster with plenty of twists, turns, and betrayal. Most consider him the black sheep of the family. Consequently, he likes to stay away from social media.

Furthermore, there are no details on any of the websites that reveal the exact date of Randy Chrisley’s birth, career, and education. However, we believe that he completed his schooling from some school in Westminster, S.C.

The low-key celebrity, Randy Chrisley, encountered and fell in love with a girl named Pamela. Additionally, the duo tied the knot on August 2012. Sadly, their marriage worsened, compelling them to end it.

It was the beginning of the end for their relationship when rumors spread that Randy Chrisley was cheating on Pamela. Additionally, she went on a rant on Facebook, to expose her husband, which didn’t go well for him and his family. Pamela said,

“Let me just say, if you’re stupid enough to date a married man and post it on Facebook…see you both in court for my adultery divorce proceedings!!”

Randy’s mother and brothers backed him up and made their accusations against Pamela as well. Moreover, they claimed that; “Pamela had asked them for cash in the form of blackmail to keep her mouth closed about the family’s secrets.”

Also, Pamela rejected all the allegations and confessed that blasting her throughout Instagram and social media was all about raising the ratings of the show.

Furthermore, Randy was diagnosed with cancer in 2014, October. This was another blow for the Chrisley Family.

Despite all his problematic situations, Todd and the family supported Randy throughout his bad days and never left him alone. As a result, Randy is living a healthy life, and in remission.

Who is Derrick Chrisley?

Derrick Chrisley was the younger brother of Todd Chrisley and Randy Chrisley. Moreover, he was born on June 29, 1971, to Faye Chrisley and Gene Raymond Chrisley. Additionally, according to his date of birth, his zodiac sign was Cancer.

There is not a lot of information on Derrick Chrisley, but he was the youngest kid of the Chrisley family who died as a toddler. However, he lived for only four months and died on October 23, 1971. The cause of his death has also not been disclosed to the media.