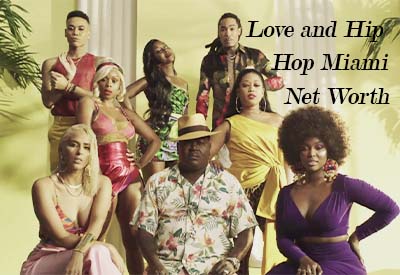 Love and Hip Hop: Miami features the day to day lives of various artists involved in hip hop music in the Miami Area. The show premiered on Jan 1, 2018, on VH1. Get to know the cast members net worth, careers, and bio.

Love & Hip Hop Miami Cast and Their Net Worth.

41-year-old Katrina Laverne Taylor was born on 3rd December 1978 in Miami, Florida, United States of America. She is a famous rapper, model and reality TV star, popular for her guest appearance on season 8 of Love and Hip Hop Miami. Trina’s career in music kicked off with releasing an album titled “Nan Nigga” with Trick Daddy. She finally released her first in 2000, and from thereon, she released numerous others. 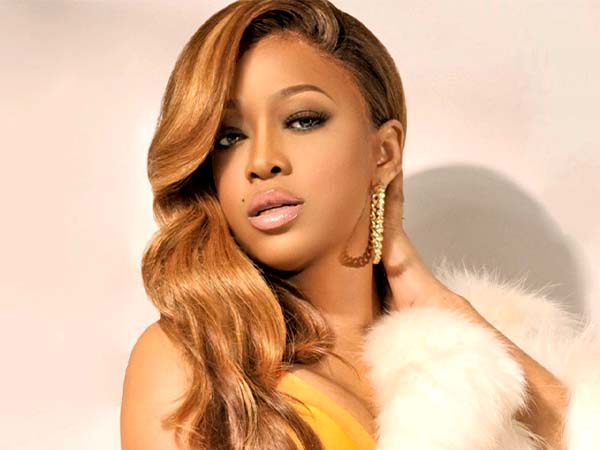 Her naturally flowing talent in rap has made Trina release various Collaborations with stars such as Lil Wayne, Missy Eliot, Rick Ross, Lil Jon, and Snoopy Dog. With massive success in rapping and modeling, Trina has accumulated a huge amount of cash. Love and Hip Hop Miami Cast Trina’s net worth is currently estimated to be $6 Million.

Trick Daddy (real name Maurice Samuel Young) is a famous rapper and reality star. With massive success in the industry, Trick has been able to accumulate a tremendous amount of cash.

The 46-year-old rapper hails from Liberty city Miami, United States of America and came to the world on 27th September 1974. 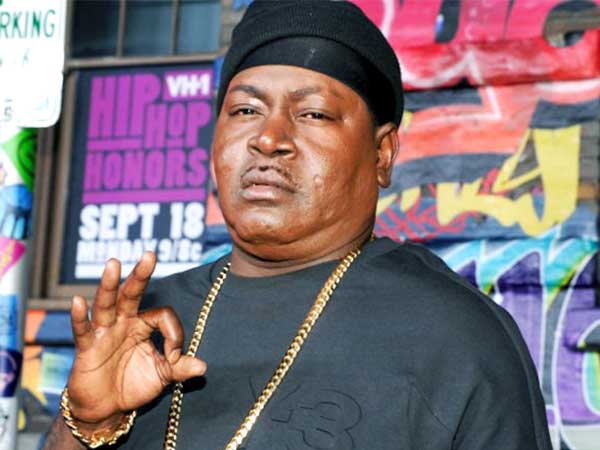 Trick gained debut into professional music when he met Slip N Slide records CEO who sponsored him to produce his first album in 1997 “Based on a True Story.” The album was well received by hip hop lovers worldwide, inspiring him to produce numerous other albums since then. Trick Daddy has preferred to keep all details concerning his personal life private.

Bobby Nico Wade popularly known by her stage name Bobby Lytes is an actor, singer and thriving business person. 30-year-old Bobby was born on 24th October 1990 in Miami, Florida by Dominican parents. In 2016, Bobby Lytes released his first album ” Make Some Money” which brought in a handsome amount of cash for him.

With such a huge success in acting, singing, and business, Bobby has managed to accumulate a net worth of $500,000. He lives an extravagant life, driving posh cars and living in fancy houses 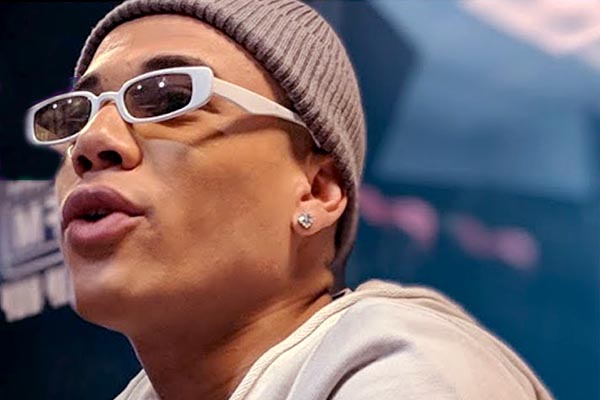 On his personal life, Bobby is openly gay and currently, he is dating boyfriend Geofrey.

Janna Zarur known by the stage name Jojo is one of the main cast members of Love and Hip hop Miami. Her career as a highly ranked celebrity artist and reality TV star has gained her a massive net worth of $45 million. Making her the Richwat cast member in the reality show. She has risen to the limelight for styling top celebrities such as Young Thug and Rich Homie. 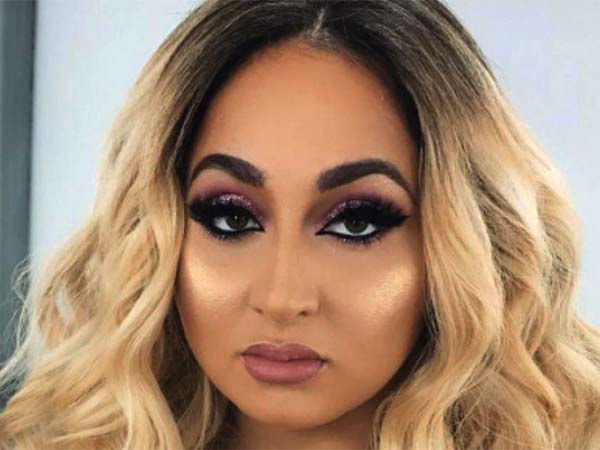 29-year-old Jojo was born on 15 the November 1991 to parents Jose Antonio Zarur Menez. She is currently the CEO of Zarur Boutique, a fashion line dealing with performance outfits, beauty products, and accessories.

30-year-old Amara Le Negra was born on 4th October 1990 in Miami, Florida, United States of America. Her real name is Dana Danely De Los Santos. She began singing and dancing during her childhood by attending numerous dancing and singing classes. Her career in music kicked off when she released her first song ‘Asi’ in 2015. Currently, Amara’s net worth stands at $1.5 million, amassed from her careers as a model, dancer, and actress. 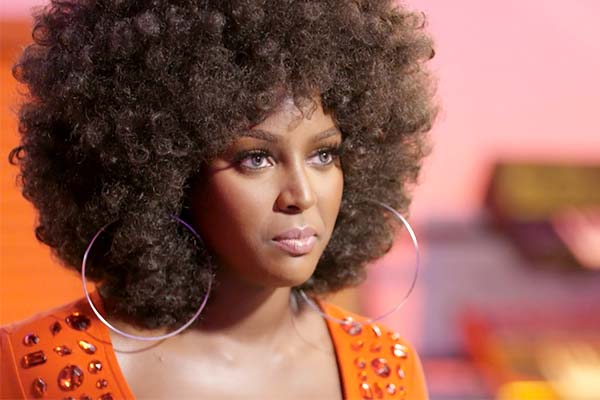 Having worked with various celebrities such as Sean Paul, Trina, and Mr. Vegas, her popularity has risen so much over the past years. She owns a clothing line, ALN clothing line which deals in swimsuits, bags, and sportswear.

His career in modeling and acting kicked off after taking part in ‘America’s next model’. He then featured on music video “Feels Like Home” (Velvet Red Dress) by Spada and Hosie reals. Looking at his personal life, Christopher Michael is currently dating fellow alive and Hip hop star Liz Cifuentes since 2015.

Love & Hip Hop cast Christopher Michael has an estimated net worth of $1 million, gained from his profession as a model and party host.

Richard Morales Jr, known by his stage name Gunplay was born on 18 the July 1979 in Elpaso, Texas, United States of America. He is currently 42 years old. Gunplay’s career as a rapper started off as a member of Rick Ross’s hip hop crew known as Triple C’s in 1997. 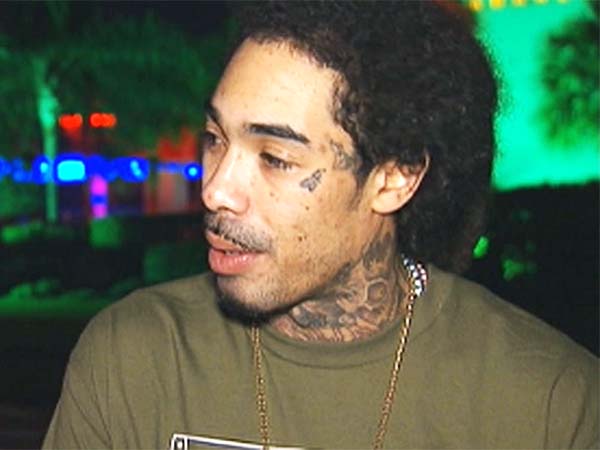 On his personal life, Gunplay is currently dating fellow hip hop star Keyara Stone. His Net worth is currently estimated to be $1 million.

Miami tip (real name- Kenisha Myree) is popular for her unique dancing styles as a stripper. She was born on 30th December 1985 in Long Island New York thus 34 years old as per now. Her career kicked off as a performing artist when she was only 17 years old. So far, she has emerged the best Stripper in Miami. From her careers as a rapper, Stripper, and hip hop performer, she has garnered a huge amount of wealth which is evident from her Lavish lifestyle. 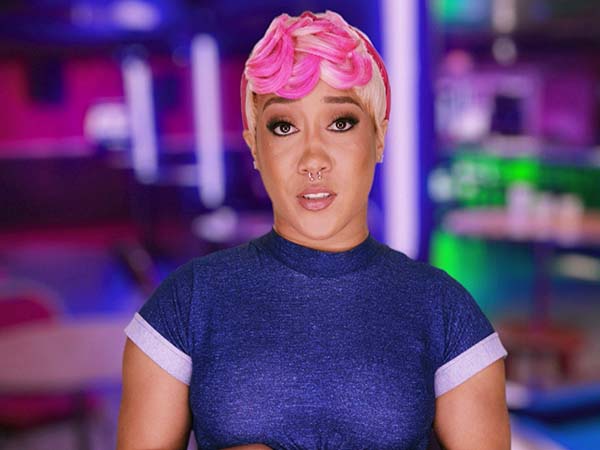 The exact net worth that Miami from Love and Hip Hop Miami is $2 Million. She is a hip hop performer in music videos of stars such as Nicky Minaj, French Montana, and Plies. 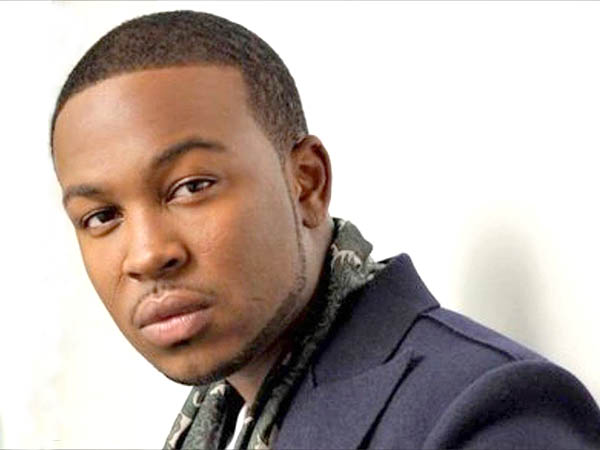 He started his solo music career in 2007. So far he has acquired several awards due to his dedication to hip hop, for example, The Grammy Award for Best Male R&B vocal performance and Best R &B song. Love & Hip Hop cast Pleasure P’s net worth is $2 million.

Khaotic, Real Name “Rubin Carlton McFadden” was born on 2nd December 1984 in Miami Florida. Rapper Khaotic net worth is currently $500,000, gained from his career as a hip hop artist and actor. He is currently 36 years old. He first shot to the limelight after he appeared in the Film Jack Boys. The hip hop rapper is famous for the singles ” Action,” “Keep it Real” and “Can’t win for losing.” In 2014, Khaotic released a music video ” This Hoes For Everybody.”

Chaotic has preferred to keep his personal life away from the public eye; this details concerning his love life remain a mystery.

Liz Cifuentes is a reality TV star, born on 19th February 1994 in Miami Lakes, Florida, United States. Before she became a reality star on the show Love and hip hop Miami, she was a bartender at a popular night club. In 2017, she featured on the reality show, Love and Hip hop Miami.

Her career as a TV actor has brought in for her a handsome amount of money, with her net worth currently estimated to be $1 million. Liz is currently dating her fellow reality TV star Prince Michael who also features on Love and Hip Hop Miami.

Michelle Pooch whose real name is Michelle Janco is a popular socialite, Dj, business person, event planner and reality star in the show Love and Hip Hop Miami. Her birth date is 30th October 1985, her place of birth being Miami, Florida.

35-year-old Michelle Pooch features in the reality show Love and Hip Hop Miami as the DJ.

Spectacular Blue Smith is an entertainer, speaker, author, TV personality and influential entrepreneur. He was born on September 7, 1986, thus currently 34 years old. Now, Spectacular Blue Smith net worth is estimated to be $65 million, mainly gained from his position as CEO of the record label Mula Music Group and Adwizar Inc.

He started dancing when he was 11 years old and formed a rap group known as pretty Rick with his brothers. They later signed a deal with Atlantic Records.

On February 2017, Spectacular Blue Smith released his first book titled “Spectacular Love: How to Make Good Love.” He has kept all details on his love life hidden.

Born on July 6, 1990, in Miami, Florida, 31-year-old Jessie Woo is a comedian and singer, popular for her YouTube videos and hosting roles on BET shows ‘Set Trippin’ and ‘BET breaks.’

She rose up to fame after posting her comedy videos and covers of several songs on YouTube, starting with Alicia Key’s songs ‘If I ain’t Got You’ and ‘You Don’t Know my name.’ She then got into the hip hop world, thus featuring on the reality show, love and hip hop Miami.

Darryl Kevin Richardson known by his stage name Lil Scrappy is a rapper and reality TV star born on 19, January 1984 in Atlanta Georgia. For his high school education, Lil Scrappy attended Military High school in California. His net worth currently reads $900,000. The 37-year-old rapper has become famous for his singles ‘Head Bussa’, ‘Money in the Bank’ and No problem.

Looking at Lil Scrappy’s personal life, he is married to Bambi Benson and is a dad to 2, daughter with girlfriend Erica Dixon and six months old son Breland with his wife.

Shay Johnson has an estimated net worth of $400,000 which she has gathered from her career as a reality Television star and model. She rose up to fame after featuring on the reality show Love and Hip Hop Miami in the VH1 series, Flavor of Love.

Previously, Shay Johnson was a music video model and Men’s Magazines cover model. Her date of birth is 30th September 1983; therefore, she is presently 37 years old. She hails from Miami, Florida, United States. On her relationship status, Shay Johnson is currently single. Details on whether she has ever dated anyone before remain hidden.