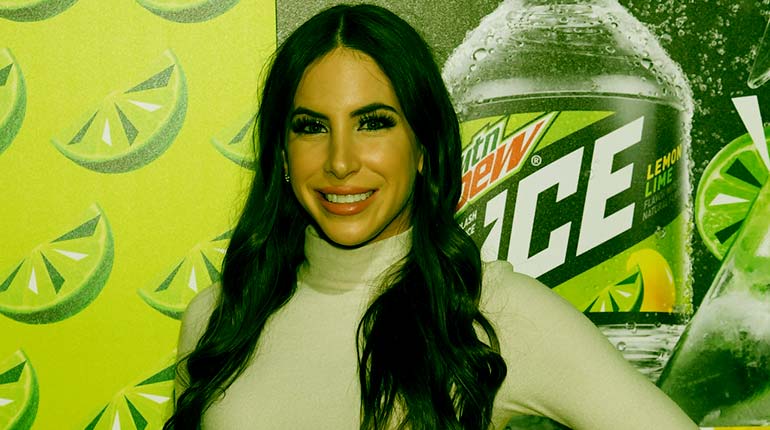 These days social media have helped many people to gain fame and be on the headlines, and the same goes out with Jen Selter, whose full name is Jennifer Leigh Selter. She is a rising American internet celebrity and a fitness model who came into the spotlight for Instagram.

The 26 years old Instagram personality is the first person to popularize the word “belfie,” which is the self-clicked photos of the buttocks of a person.

Jen is currently busy planning her line of gym apparel. Her perfect body build and gorgeous looks are what made her stay on the headlines.

Jen is an internet personality and fitness model who endorses many brands on her social media accounts. Likewise, she has been sharing diet plans to stay healthy, for which she costs high.

As of 2019, Jen Selter’s net worth is reported to be around $5 million that she collected from her engagement in different professions.

While serving as a spokesperson for the fitness company named Gameplan Nutrition, she collected a tremendous amount of money from the deal. Likewise, her other primary source of income is endorsement deals.

Her endorsements with Fitness and FitMiss brought her pretty good cash. She later even signed a multi-year deal in April 2014. She makes a thousand dollars for her post on Instagram. She has sponsored high-profile brands like Nike and Tarte Cosmetics.

Jen Selter has also earned a contract with Fitplan, a fitness app where the users get a chance to interact with her and know about her fitness plans.

As of now, Jen works as the creative director of “ION Collection” and also as the global spokesperson of “Peeks,” a video sharing platform.

As Jen is on the way to launch her gym apparel line, her net worth will get higher in the coming days.

If you go across Jen’s Instagram, you can see her numerous videos of workouts. She shares glimpses for her workouts on her social media account so that her fans can get a sneak-peak. Likewise, she also uploads motivational posts for the people who are struggling right now.

Jen managed to maintain such a beautiful body build all with her strict diet and work out. Her work out routines and diet plans soon grabbed considerable attention coming to fame in 2014. She owns a different Instagram account to highlight various factors of her life.

One of her Instagram accounts if about a couple of pictures with another one focusing on her pet dogs. She also made an Instagram account to show her fans about the fitness clothing line, which she plans to launch soon.

Jen’s body build is what many people would die for. She stands at a height of 5 feet 6 inches tall and weighs around 53 kg. She has a pear-shaped body build that measures 33-23-36 inches, near to the ideal body measurements.

Jen wears a bra size of 32S, whereas her dress size is 4. Dark brown hair and hazel eyes are also her distinctive characters. Her shoe size is 9 (US).

Jen mentioned that her strict diet and workout is the reason behind her attractive butt.

However, she mentioned and admitted that she had done a nose job. As per Jen Selter, she had a thick nose, for which other children bullied her. A surgeon named Sam Rizk in NYC did her nose job.

Jen was born in Roslyn, New York, the United States of America, under the birth sign of Leo. Jen Selter’s nationality is American.

The name of her mother is Jill Weinstein, who raised her as a single mother. Jen grew up in Long Island and had a tough childhood without her father by her side.

She has a sibling-sister named Stephanie Selter. Regarding educational background, she studied at Roslyn High School.

Jen once mentioned that she was a victim of bullying because of her appearance. Her classmates thought that her face was not attractive. She wore padded bras and crop t-shirts to divert people’s attention.