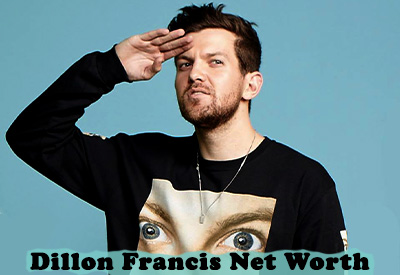 Electronic Dance Music producer and DJ, Dillon Francis is back with a potential mixtape in the making. Four years ago, he released seven tracks through Columbia Records titled; This Mixtape is Fire. This year seems promising for the American record producer with his rumored Magic Is Real mixtape.

As a result, we reviewed Dillon Francis’s net worth in 2021, including his career highlight, age, and other facts.

Dillon Francis has almost a decades’ work in the Electronic Dance Music department. His wealth accrues from his work both on the turntables during live performances and also in the studio.

As a result, records have it that Dillon Francis’s net worth is $9 million. The platinum-selling artist’s net worth figure is well deserved. In hindsight, he juggles keyboards, synthesizers and a digital audio workstation.

Who is Dillon Francis? His Career Info.

Born as Dillon Hart Francis in Los Angeles, California he grew up into a finer gentleman with a taste for sleek suits. Initially, he worked for J. Lindeberg at age 18 before he engaged in his musical gear.

Soon after, he tinkered with house and reggaeton and fused them to come up with moombahton style. However, in full disclosure, another DJ named Dave Nada invented the genre in 2009.

Dillon Francis only popularized it and a year later, Platinum-selling DJ, Diplo helped propel him to stardom.

Together they came up with a track named Que Que which became a smash hit. Consequently, the DJ signed with Columbia Records and released four EPs. Moreover, in 2014 he made his debut studio album, Money Sucks, Friends Rule which broke sales.

Afterward, he followed it up with Wut Wut, sealing the deal into superstardom. As we speak, Dillon has two albums, four EPs and a ton of singles adding up to Dillon Francis’s net worth. Let’s have a look at that.

Dillon Francis is currently aged 33 and celebrates his birthday on October 5th, 1987. Though his Wikipedia page doesn’t have much on his parents, we unearthed the following regarding his family.

The 33-year-old has an older brother born from his father, Robert Drew Francis, and his mother Katica. She partly Croatian and Serbian while his father was an alternative medicine doctor. The couple raised him right and away from any bad influences.

Francis attended the Los Angeles County High School for the Arts where he focussed on Painting and Printmaking. Afterward, he enrolled at Santa Monica College but soon dropped out after a photography internship. In the end, he finally stuck the landing in music and attached to it.