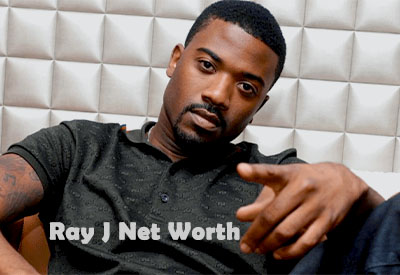 Ray J, whose real name is William Raymond Norwood Jr. is an American artist who is renowned for famous tracks like ‘Wait a minute.’ The musician signed his first professional contract with Elektra in 1995 and went on to record Everything You Want the very next year. Since then, he has released quite several hits. Know what Ray J’s net worth is in this article.

Who is Ray J? His Career Info.

William Raymond Norwood Jr. is a 38-year-old American R &B artist, rapper, songwriter, actor, and businessman from the great state of Mississippi. Though he is a well-known artist by his right, he first burst on to the spotlight by the mere fact that he was related to Brandi.

The musician kicked off his career as an actor, first appearing on the show Sinbad. He would then go on to star in several other shows and films: Moesha, Steel, Mars Attack, One on One, For the love of Ray J and Bad Girls All Star Battle.

In regards to his music career, Ray J has been affiliated with quite a few labels over the course of his career. They include Atlantic, Elektra, Epic, Koch, Sanctuary, E1, to name a few. The labels have helped him produce hit tracks like Sexy Can I, I Hit It First, Brown Sugar, Rich N Whippin and Hallelujah.

The star has risen to become a celebrated actor, musician, and businessman. As such, Ray J has an estimated net worth of $ 6 million.

At one point, each of these tracks was in the Billboard top 100 charts. While he may have not risen to the heights of his sister, Brandi, Ray J has had a remarkable career. However, he was not one to shy away from controversy as the star went on to release a sex tape with then-girlfriend, Kim Kardashian. This would give both of their careers a much-needed boost.

The former R&B star reportedly leased a 4,200 square foot property in Los Angeles, California for the first season of his reality show. The expansive property has 5-bedrooms, 7-bathrooms, and was at one point, valued at $ 3.5 million. This is a figure that has surely gone up since 2004.

The actor recently acquired the 2018 Bentley GTC, and also owns the Ferrari 458.

William Raymond Norwood Jr is a 38-year-old Mississippi native. He celebrates his birthday on the 17th of January, 1981. The musician’s parents are Willie and Sonja Norwood. Ray J grew up in the shadow of his much famous sister, Brandi, who is a popular musician and actress. However, he went on to carve his path in the world of entertainment.

To say it was marred with controversy would be criminally understating it. This is because he made a sex tape with his girlfriend and released it to stay in the limelight. The star is presently married to a woman commonly known as Princess Love. The two tied the knot back in 2016, and so far have one daughter together. Her name is Melody.