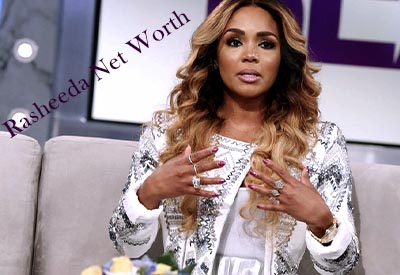 Born as Rasheeda Buckner-Frost, Rasheeda was born in Georgia on 25th May 1982. Her nationality is American, and her ethnicity is African. She is on the rapper’s list and has appeared on Love & Hip Hop: Atlanta together with Stevie J the singer.

She started her career with Da Kaperz the trio, she is a female crunk rapper and worked with the duo Peach Candy who are in R&B/Hip hop and also worked with Kandi Burruss, the singer. 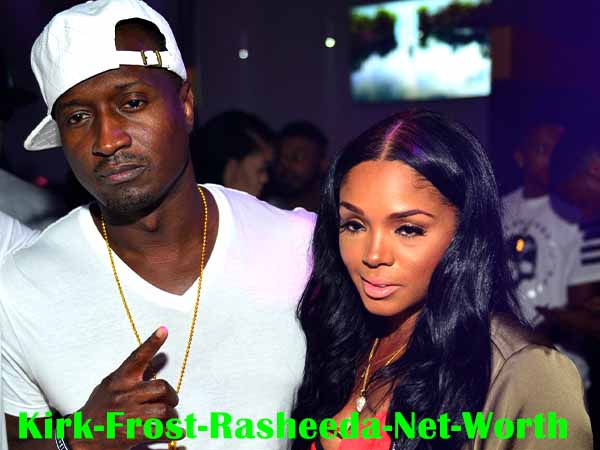 Rasheeda’s husband, Kirk Frost is a rapper, songwriter, and singer; they married in 1999 and blessed with two sons; Ky Frost (2000) and Karter Frost (2013). Read this to know Rasheeda’s Net Worth.

A bulk of Rasheeda’s wealth is from her music career and also as a fashion designer, an entrepreneur and, celebrity and television personality. Her clothing line is an online venture; imBossy.com and Poiz cosmetics. Kirk Frost’s show is where Rasheeda had appearances for thirteen years.

In 2009, she released her album “Certified Hot Chick” and other mixtapes and had an association with Kandi Burruss with the Peach Candy group. She joined Hip Hop: Atlanta on its third season and earned from that appearance.

She has a great fan base from being a famous rapper and release of her singles, albums, and mixtapes. Rasheeda owns several online fashion lines, and this also assisted in wealth contribution. She also has a store cloth “Pressed Boutique” that she opened in mid-2015.

Rasheed’s started his music career “Dirty South” was Rasheeda’s original album, she recorded it in 2001 at Motown records. The album featured other musicians like Thugz and Nelly, and its single “Do it” was a hit single and marked her success at southern hip hop.

She left Motown and recorded “Ghetto Dream” her second album with D-Lo record label; “Vibrate” a single from that album earned her great success and a fan base.

Her net worth improved from her collection and singles, her other groups include “Dat type of girl” and “Boss Chick Certified.” She recorded several mixtapes; one of them is “Boss bitch Music” in 2009.

She released album number six, which had incredible success and she even used it for “Bad girls club: Atlanta” for a reality Television series when it was on season ten. As she was a cast for “Love & HipHop,” she got a golden opportunity and introduced it in the show.

Rasheeda also went featured on the “Rosewood” television series and played a guest role as “Scrumptious.”  She has also nominated and awarded many times for “Mixtape artist of the year.” Her nomination was from BET for “Female Hip-hop artiste of the year” in 2010 and 2013.

The house is 9,000 square feet, and it’s on 3.9 acres in Atlanta. It is close to several amenities like restaurants, shops, and the beach.

It has a large and sunken living room, a patio with screens, a swimming pool with a heated pool, a spa, a dining room informal settings, and a pond that was as big a 25-acre.