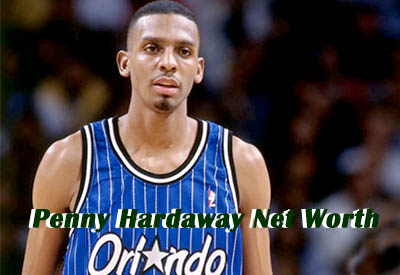 Meet Penny Hardaway, a former four-time NBA All-Star Champion and current head coach for the Memphis Tigers. He had his initial career sightings in football, but his overprotective grandmother and guardian didn’t let him. As a result, he took a swing at basketball, played as the point guard, and landed an opportunity in the NBA where he furthered his career. That said, let’s quickly run through Penny Hardaway’s net worth.

Who is Penny Hardaway?

To better know the athlete, we must first debunk the notion of his name. Penny isn’t his real name but rather a nickname from his grandmother’s failed attempt to call him ‘Pretty.’ Suffice to say; his real name is Anfernee Deon Hardaway. Penny lives, breathes and talks Memphis from his birth to his collegiate basketball career.

Nonetheless, there was an incident of a robbery which saw his foot shot that almost ended his career.  Moreover, he was slacking academically that saw him sit out most games. In spite of all these challenges, he emerged with an education major and a first-round NBA draft to the Orlando Magic in 1993.

He played both as the shooting guard and point guard alongside Shaquille O’Neal from 1993 to 1999. He got traded to the Phoenix Suns where he played for half a decade before getting another deal at the  New York Knicks. The athlete was traded back to the Orlando Magic in 2006 before and lastly to Miami Heat in 2007 where he parted ways with his pro-NBA career.

Consequently, he went back to coaching in middle school until Memphis Tigers offered him a deal he couldn’t refuse. Since 2018, Hardaway has rejuvenated his name in the court, all while increasing Penny Hardaway’s wealth.

Penny’s time with the Orlando Magic and the Phoenix Suns constitute some of his best performances to date. He averaged 16 points, rebounded 5.3 with 6.6 assists and overall got better in the coming seasons with 20.9 points.

Moreover, Anfernee was the nominee for NBA Player of the month in 1995 and the MVP of Rookie Challenge in 1994. Another highlight of his career came in the Summer Olympics of 1996 when he participated in the USA’s Men’s Basketball team. The result constituted a Gold Medal.

An NBA’s player often pays well with the athlete making well over $120 million in his career. However, a job as a head coach pays even more.

Aside from basketball, Penny has solidified his stance in other ventures as well. He partnered up with Justin Timberlake to buy a minority share in the Memphis Grizzlies. Additionally, he owns a barbershop and salon and other businesses stationed in Miami.

We all love statistics and Penny Hardaway’s net worth is $50 million as of 2021.

Lastly, Nike also endorsed him to promote its merchandise under the banner of ‘Lil Penny.’ Similarly, when you factor in his time in filmography in Blue Chips and This Magic Moment, then his net worth is well deserved.

The retired ‘hoopster’ lives in his Memphis Mansion in Tennessee where he houses his son and two daughters. The place features a swimming pool and of course, a basketball court.  You’d think that he’d be one to flaunt the cars he drives, but there are no records listed. Instead, he has gone on record to reveal his collection of sneakers.