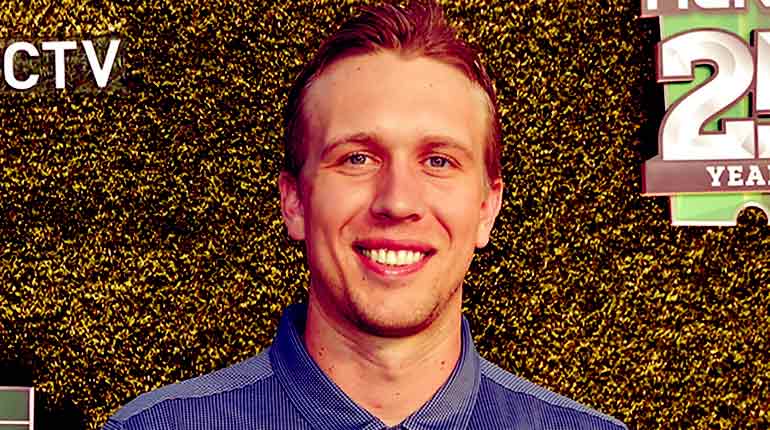 Nicholas Edward Foles is popularly known as Nick Foles, is an American football quarterback for the Jacksonville Jaguars of the NFL. The Philadephia Eagles drafted him in the third round of NFL in 2012 that led the team to a Super Bowl victory. Nick Foles’s career has helped him gain a huge amount of wealth.

The QB player Nick Foles was playing against the Kansas City Chiefs completing 5 of 8 passes for 75 yards. While playing in the first quarterback, Nick suffered a left shoulder injury and stands out the rest of the game. He threw a touchdown to DJ Chark before heading to the sidelines holding his non-throwing arm.

Later he announced that he would undergo surgery for a broken collarbone on 9 September. But what the figure of Nick Foles Net Worth? Let’s find out.

The Eagle QB player Foles is a millionaire at the age of 32. He first signed a contract with Philadelphia and also, he played for the other NFL teams and made millions. According to Celebrity Net Worth, Nick Foles’ net worth is $13 million.

On March 13, 2019, Nick signed a four-year contract of $88 million with the Jacksonville Jaguars. Five-years contract with The Eagles, Foles earned $27.5 million with a $3million signing bonus. For two years of work, he pocketed $12.6 million.

Furthermore, in the past month, the Eagles announced that they would pick up $20 million on Foles contract, but later he will become a free agent asked to pay $2 million.

Aside from his career, he makes extra worth from his book. He published his autobiography titled ‘Believe It: My Journey of Success, Failure and Overcoming the Odds’ that listed in the New York Times best-seller.

Who is Nick Foles?

The QB player Foles, who hailed from Austin, Texas, USA. He was born on 20th January 1989 which makes his age 32 and graduated from Westlake High School in 2007. Since high school, he played football along with Justin Tucker and Kyle Adams. He joined Michigan State and later transferred to the University f Arizona.

At the beginning of his career, he played college football for the University of Arizona and drafted by the Philadelphia Eagles in the 2012 NFL.

Foles played for two years for the Eagles and later traded to the St. Louis Rams. Nick played against the Oakland Raiders and recorded the most touchdown passes in a single game with seven in 2013. In the year 2016, Foles played for Kansas City Chiefs and then traded to The Eagles.

In the 2018 Super Bowl, Foles defeated the New England Patriots and was named the game’s MVP.

After his excellent performance against the New England Patriots in the 2018 Super Bowl – in which the QB even scored a touchdown pass, Foles’ net worth is only sure to grow.

House and Cars Details in Nick Foles Net Worth.

Nick Foles is residing in a beautiful house worth $3.5 million in Austin, Texas. He lives with his wife and daughter, Lily James Foles and enjoying their life at the moment.

There is not much detail of his car collections, but currently, he drives a GMC car.