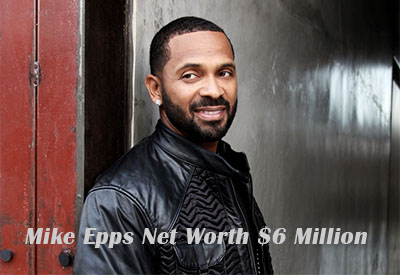 Mike Epps is one of those actors who has made it in the world of comedy, as he possesses all the tools we have talked about. In this review, we will take a look at Mike Epps’ Net Worth in 2021.

Who is Mike Epps? His Career Info.

Mike Epps is an American actor, standup comedian, music artist, Producer, and Writer. It is clear that the man has tried his hand at everything. But things were not always smooth before he exploded on to the scene with the Next Friday Franchise.

At one point, the actor found himself at odds with the law. He would, however, turn his life around and start putting more emphasis on his artistic side. To this end, he would move to Atlanta to work with the Comedy Act Theater, and later to Brooklyn to work with the Def Comedy Jam. His time here would give him the experience he needed to expand his career.

Some of the films he has appeared in include: Meet the Blacks, Dr. Dolittle 2, Friday After Next, Next Friday, All About the Benjamins, Uncle Buck, and Survivors remorse. This, of course, is not everything he has appeared in as that particular list could go on and on. It’s fair to say that the man has had a fairly successful film career.

Aside from his very impressive film career, the former standup comedian has also released singles like Big Girls, Trying to Be a Gangsta and Aint Chu You?

The standup comedian also transitioned into a successful author, releasing a book titled, Unsuccessful Thug: One Comedian’s Journey from Naptown to Tinseltown.

Acting is one of the most lucrative career ventures one can turn to. The more projects you feature in, the more money and reputation you earn. In time, as an actor’s name grows, he or she can demand millions for a single project. According to IMDB, Mike Epps has played well over 77 different characters across his impressive film career. As such, Mike Epps has a reported net worth of $6 million and an annual salary of $3.5 million.

He accumulated most of his wealth from his time in acting, but Hollywood is not the man’s only source of income. Let’s not forget that he was a really good rapper at one point who signed multiple record deals. The actor also published a book which was well received. As such, it provides a very good revenue stream for him.

Is Mike Epps married to a Wife? Or dating a Girlfriend? Any Kids?

The actor was married at one point. However, he is currently divorced after a highly publicized and messy break up from his ex-wife, Mechelle McCain. The two are both actors, and they first ran into each on the set of the film, The Fighting Temptations. After the conclusion of the movie, the two would go on to date for a while before eventually tying the knot in July 2006.

After ten years of marriage, they filed for a divorce, with everything finalized by 2017. As per the terms of their settlement, the comedian was required to pay $25,000 as alimony and $109,036 as child support.

There were also credible reports that Mike made his former wife pass up several job opportunities because he did not like the idea of her working with others. This was one of the major reasons for their split, as she could not further her career. They two had daughters together before they split up: Maddie and Mariah.

The comedian has two other daughters from a previous relationship: Bria and Makayla. Presently, he is engaged to Kyra Robinson, an actor and film producer.

Mike Epps (real name: Michael Elliot Epps) was born on the 18th of November, 1970 in Indianapolis, Indiana. This would make the father of 50 years old at the moment.

His parents are Mary Reed and Tommy Epps. The actor grew up in Indiana for a while before his family eventually moved to Roosevelt Island, New York. Mike’s life is a series of ups and downs. He found himself at the wrong end of the law at one point, but quickly put his life back in order. In doing so, he went on to have a successful film career.