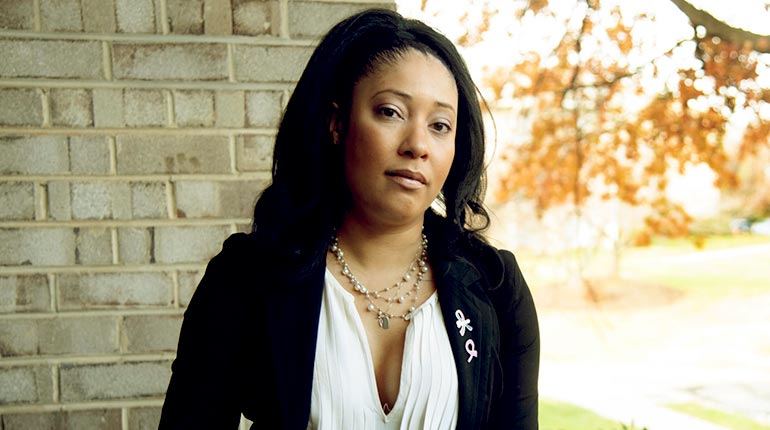 Maya Rockeymoore Cummings is an American politician and consultant famous as the chair of the Maryland Democratic Party in the United States of America.

She owns a consulting firm in Washington, D.C. She is the wife of late Elijah Cummings, who served as one of the members of the United States House of Representatives representing Maryland’s 7th congressional district in 2008.

Maya Michelle Rockeymoore Cummings was born on 31st January 1971 and is 50 years old. She was born in Texas, the United States of America. She is of American nationality and belongs to mixed ethnicity.

Regarding the educational background, Maya studied at John Jay High School in San Antonio, Texas. Maya then attended Prairie View A&M University to earn a Bachelor’s Degree and later got enrolled at Purdue University, where she studied political science.

She completed her Master’s Degree in 1996 and earned a Doctor of Philosophy in political science.

In the early days, Maya worked as the administrative assistant to the director at Marion County Department of Health from 1995 to 1997. In September 1997, she became a legislative fellow for Congressional Black Caucus under Melvin Watt.

Maya then moved to work as a professional staffer to the Ways and Means Social Security Subcommittee in 1998 before starting working for former Rep. Charles Rangel in 1999.

Maya Rockeymoore Cummings’ political career started in 2017 after she announced that she would run for governor of Maryland in the 2018 election. During the time, she received an endorsement from EMILY’s List.

Sadly, in January 2018, she dropped out of the race after her husband’s health deteriorated.

At the end of 2018, Maya elected as the chair of the Maryland Democratic Party. While appearing on The Rachel Maddow Show on 11th November 2019, Maya announced that she would be standing in 2020 Maryland’s 7th congressional district special election. Her late husband previously held the seat.

Besides this, Maya Rockeymoore Cummings established a Washington-based firm Global Policy Solutions LLC in 2005, where she corporates, philanthropic, non-profit, academic, and governmental entities for making the policy work for everyone.

Maya is also an author who has written a book entitled The Political Action Handbook: A How-to Guide for the Hip Hop Generation.

Late Elija Cummings’ wife Maya is currently working as a consultant and politician; thus, she definitely might be earning a high figure of the amount. The secretive politician did not reveal the exact value of her net worth, but sources confirmed her worth in millions.

On the other side, Celebrity Net Worth reported her late husband; Elijah Cummings’ net worth was $1.3 million and earned $174 thousand per annum as salary. To be exact; $750 thousand of her worth rose from his Baltimore home.

Maya Rockeymoore was once married and is now the widow of late spouse Elijah Cummings. She was married to Elijah. After dating for a long time, Elijah Cummings and Maya tied the knot in 2008 in a secret wedding ceremony.

Maya is 20 years younger than Elijah, but that did not affect their relationship. They enjoyed a decade-long marital and were together till his last breathe.

The pair never welcomed any children together, but Maya became stepmother to three adult children. She shares a perfect bond with her stepchildren and often post pictures on her Instagram.

Maya Rockeymoore Cummings has always been a perfect wife. She made many sacrifices for her professional political career to take care of her spouse as he suffered numerous health issues. She ran for governor of Maryland but dropped out of the race after her partner hospitalized for a bacterial infection.

Elijah died on 17th October 2019, at the age of 68. He died of complications related to longstanding health challenges. In 2017, he underwent heart surgery and again hospitalized in early 2018.

Heavy mentioned that Elijah had an unspecified medical procedure and did not return to work. As per his office’s statement, he died at Johns Hopkins Hospital.