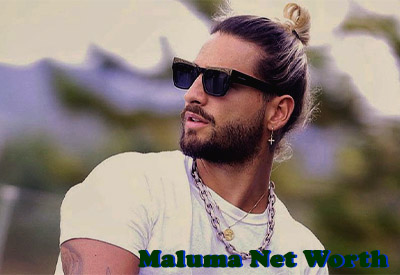 Maluma is a young singer who has made a lot of wealth from his successful career. At his age, he has made to convince big names in the music industry for collaborations. Maluma has energy that pulls his fans to his songs. Know Maluma Net Worth in 2021.

Who is Maluma? His career info

Maluma is a famous Colombian reggaeton singer and songwriter. He is popularly known as the singer with no shirt below his silver jacket. He has been signed by two large music labels, Sony Latin and Sony Music Colombia.

Maluma real name is Juan Luis Londono Arias. Maluma was born on January 24th, 1994, in Medellin, Colombia, making him 27 years of age. He was born to his mother, Marelli Arias, and father, Luis Fernando Londono. This Colombian singer grew up with only one sister Manuela Londono Arias. Maluma grew up loving soccer and music. However, singing took a front row in his life.

He went on to write a song called No Quiero. At only 16 years of age, Maluma gets a golden chance of recording his No Quiero song. Maluma’s uncle was his golden goose when he offered to help him record the song as a birthday gift. Maluma decided to start singing classes and changed his stage name to Maluma, which was derived from the first two letters of his mother, father and sister.

Maluma’s released his debut album in 2012. This has not been a hit like his 2015 hit albums, ‘Pretty Boy ‘and ‘Dirty Boy’. These albums form a base for his breakthrough to being known by other big names in the music industry such as Ricky Martins, Shakira and Thalia who he later collaborated with. Maluma released F.A.M.E. in 2018, which was another big hit earning him a lot of money. Maluma has released 11:11 in 2019. He has some single hits such as ‘Borró Cassette’, ‘Corazon’, ‘Felices los 4’ and ‘El Perdedor’. He has also collaborated with XXXTentacion and Madonna (‘Medellín’ song).

How rich is Maluma? Maluma has acquired a lot of wealth from his successful music career. His money mainly comes from the sales of his albums, singles, and mixtapes. His album ‘Pretty Boy, Dirty Boy’ released in 2015 by Sony Music Latin hit number 1 on the US Latin chart and number 2 in Mexico, Argentina, Uruguay and Spain earning him millions of dollars.

He has also held tours across the world which earns him high royalties. His collaborations with already famous music artists like Shakira and Madonna have obviously raked in high earnings. Some of Maluma’s songs are played in famous movies and TV series which also come with hefty earnings. So, how wealthy is he?

It is estimated that Maluma has a net worth of $14 mіllіоn.

Maluma also has a Vevo YouTube account which has 20 million subscribers with 11 billion views which earn him an income from Vevo. He receives $15,000 for every 1,000,000 views. He has also won several awards such Kids’ Choice Award Colombia for Favorite Song, ‘Borro Cassette’, Billboard Latin Music Award for Social Artist of the Year, and MTV Europe Music Award for Best Latin America Central Act which has all earned him a lot of payouts. Maluma’s wealth will keep growing as he, and his career is still very young and growing.

Maluma has acquired so much wealth at a young age making him purchase several property and assets. He owns a Lamborghini, BMW, and Porsche. He has a house in Los Angeles with very luxurious finishes, but the value is not known yet.