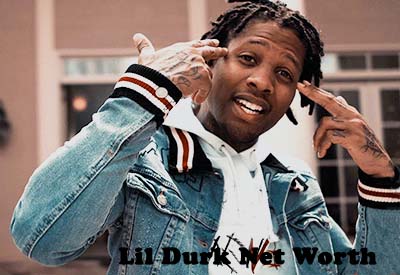 Def Jam records can boast of having some of the best rappers contracted to them. One of the names on that list is Lil Durk. The Chicago born native has produced popular hits such as the Ima Hitta, which helped shape his career, propelling him to the top of the charts. Know the rapper’s net worth right here.

Who is Lil Durk? His career info.

Lil Durk is an American musician currently affiliated with Def Jam Records. The star’s rapping career can be traced back all the way back to 2011 when he signed for a Chicago based label, Glory Boyz Ent. Though he worked on several tracks at the label, his music career really did not take off until he released the track, ‘Sneak Dissing.’ This track got him noticed and gave him the platform to go on and have a wonderful music career. Some of his tracks include: Life ain’t no joke, Ima Hitta, Like Me and Dis Aint What You Want. His most popular song has been downloaded well over 200,000 times, which is a testament to the man’s growing fame.

Lil Durk’s ambition saw him start his own label, OTP, and since then, has collaborated with other popular rappers such as Meek Mill. One of the tracks he produced, ‘They forgot’ would go on to top the Billboard charts, landing at number 14 after selling around 28,000 in its initial run.

The musician’s career took a nosedive when he was arrested in 2011 for carrying an unlicensed firearm. This saw him spend three months in jail. Three years later and the police raided his house, the result of which was labeling another possession charge, and an additional second-degree murder charge. Fortunately for the star, he beat these charges a few years on and picked up with his music.

The rapper reportedly earns a yearly income of $ 55,000 from all his endorsement deals and album sales. This has made him own assets totaling up to an impressive $ 400,000.  As it stands, Lil Durk has a rumored net worth of $ 400,000. This has come from his music career, as well the record label he presently runs.

Durk Banks is a Chicago native from the South Side. He was born on October 19th, 1992, which would make the rapper 26 years old presently. Music was always on the table for the young man, especially as Chicago is home to a slew of talented rappers. This is what may have undoubtedly encouraged him to take up music as well.

Not much else is known about his early childhood, as we could not learn the name of his parents. We were able to learn that he grew up one brother in the tough streets of Chicago. The man’s name was Devon Varner. The young man’s tough background saw him join a gang which in turn led to his unfortunate demise in 2011.

In regards to his personal relationships, Lil Durk has three children with two different women: Angela, Bella, and Zayden. The musician, like his brother before him, has also had a few run-ins with the law which have seen him spend a substantial time in jail.