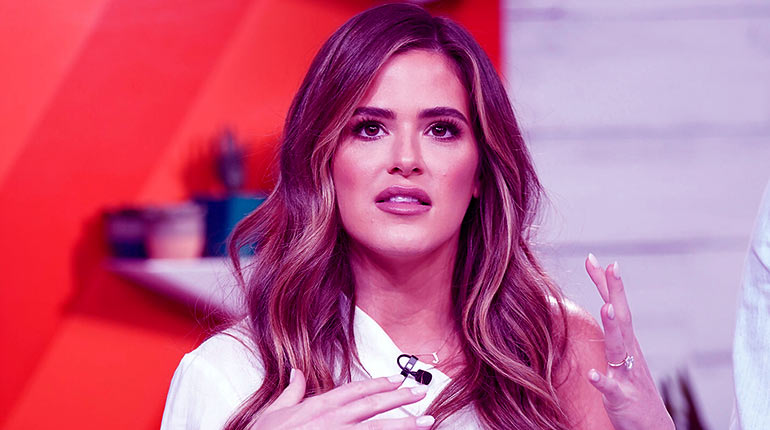 American television personality and real estate developer Joelle Fletcher AKA JoJo Fletcher came into the spotlight for appearing as a contestant on ABC’s The Bachelor and as lead on The Bachelorette. She also appeared in an episode of The Bachelor Winter Games.

Being a television personality and real estate developer, JoJo definitely has smashed a high figure of net worth.

It has not been a long since the 29 years old television personality started her professional career but has already grabbed huge fame and success. Appearing in the ABC network shows have helped her to raise a pretty good paycheck.

JoJo did not reveal the exact figure of her net worth, but many tabloids have confirmed that her worth is $500 thousand, whereas she earns a salary of $150 thousand per annum. Pictures of her social media like Instagram reflect that she is leading a lavish lifestyle.

JoJo Fletcher is Engaged to Partner Jordan Rodgers. Not Married Yet.

JoJo’s engagement ring brought a huge buzz on the media. Her partner, Jordan Rodgers, proposed her with a massive diamond ring. The ring weighs around 3.5 carats during the final episode of the ABC reality show on 1st August.

The Neil Lane bling prepared the engagement ring that is oval and has a center stone and paved diamonds around the ring. The worth of the ring is around $85 thousand.

JoJo Fletcher’s clothing line, Fletch, is also her main source of income, where we can get the qualitative-perfect goods under $150.

Back in September 2019, JoJo and Jordan announced that they would host a new series from Paramount Pictures where the couple from the poor economic background will compete against each other to win the title of “Fittest Couple” and win $100 thousand cash prize.

The 5 feet 4 inches tall internet personality has over 2.2 million followers on her Instagram and has over 420 thousand followers on Twitter. Endorsements and sponsorships on her social media are also her sources of income.

JoJo Fletcher Owns A House In Dallas With Her Partner

Back in May of this year, JoJo and her partner bought a house in Dallas, Texas, the United States of America. Well, this is the first time, the pair purchased the home together to live in rather than flipping it for their new show, Cash Pad.

JoJo announced the happy news of buying the mansion on her Instagram posting breath-taking pictures of her house, which were in the early stages of renovation.

The lovely pair did not mention the worth of the house. However, the median home rate in Dallas is around $212, 700.