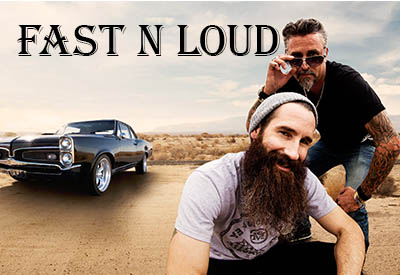 Fast N Loud is a reality show on the discovery channel. It showcases the day to day activities of Richard Rawlings and Aaron Kauffman, founders of Gas Monkey Garage in Dallas. As such, they restore neglected cars and resell them at a profit. Rawlings hunted for the cars in fields and auctions areas while Kauffman, a born mechanic, reconditioned them. The duo split after Kauffman left the show at the end of the 12th season. This was to start his venture, Misfit Garage.

Craig Piligian and Eddie Rohwedderare are the executive producers of this show. So far, they have produced 14 seasons of the reality show.

Are you curious about the net worth, salary, and bio of the entire cast ofFast and Loud? Let’s have a look!

Richard Rawlings is the star of the show. He is an investor, Race car driver and TV personality. Currently, Fast N’ Loud Cast Richard Rawling’s Net Worth is $15 million, bringing in a salary of $50 thousand per episode of Fast N Loud. 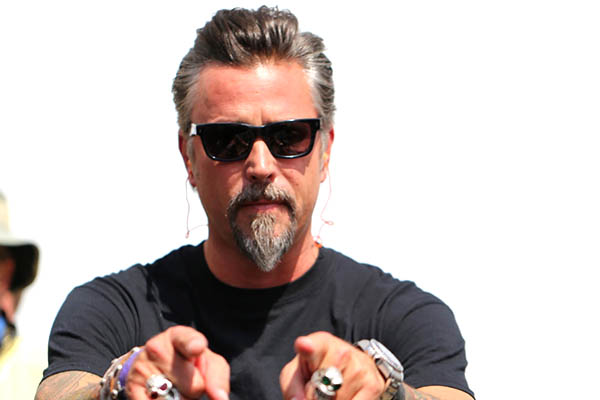 He was born on 30th March 1969. His father inspired a passion for cars into him because he always carried him along when attending auto shows.

After high school, Rawlings initial jobs were; Law enforcement officer, Paramedic, and firefighter. In 1999, he founded ‘Lincoln Press’, a printing and advertising company. In 2004, he decided to sell away Lincoln press, having founded Gas Monkey Garage in Dallas in 2002.

Since 2012, Gas Monkey Garage has been in use by the Discovery channel to air Fast N Loud reality series. From 2013 to 2014, Rawlings started other investments; Gas Monkey Bar N Grill in 2013 and Gas Monkey Lived music Venues in 2014.

The two investments seem to be bringing in a handsome amount of cash since his net worth has risen up significantly over the years.

Currently, the owner of Arclight Fabrication in Dallas which gives a steady supply of Ford-100 pickups components, Aaron Kauffman has managed to garner a huge net worth of $6 million from his thriving business plus his appearance on discovery channel’s Fast N Loud.

Also, Aaron Kauffman is a star in the show ‘Shifting gears with Aaron Kauffman’ which showcases the activities of his business to viewers. 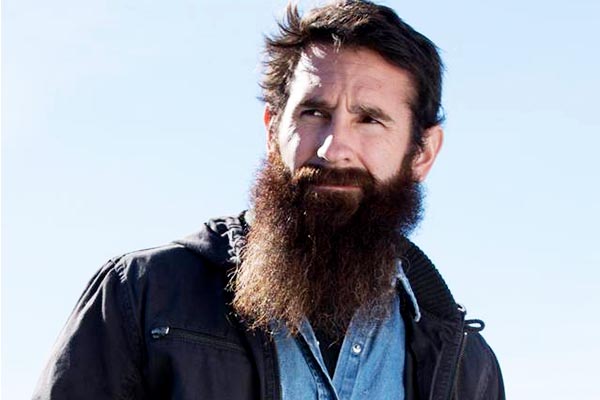 The thriving star came to the world on 26th January 1982. He has not provided much information on his personal life or level of formal education. The only clear fact is that he has been dating Lauren Moore since 2015.

Christie BrimBerry is famous for being the assistant of Richard Rawlings, helping him in keeping records of car titles of all the cars present in the shop. Her birth date is 25th May 1972. 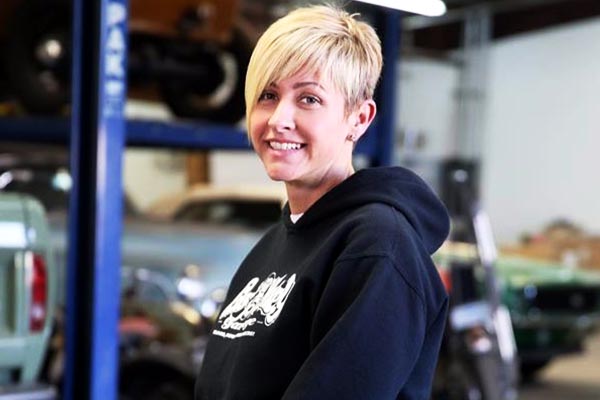 On her family life, the 46-year-old star is joyfully married to Darren BrimBerry, a renowned hair stylist.  She is a proud mom to 6 kids, 2 kids from her previous marriage named Malik who is 21 years old and Jordan who is 28 years old, and four kids with her husband Darren.

In October 2016, Christie is lucky to have survived throat cancer which had spread to her trachea, making her lose her voice for over 6 months. She thanks God for having been given a second chance to live.

Gas Monkey Garage is turning a profit. As a result, Christie BrimBerry’s net worth is $1 million. The star has not disclosed her exact salary yet.

K.C Mathieu is a famous paint shop owner since 2010. Appearing on Fast N Loud made him popular. Looking back at his childhood days, KC Mathieu used to assist his dad in his collision shop. This experience was significant as it helped him gain some knowledge about auto motives. 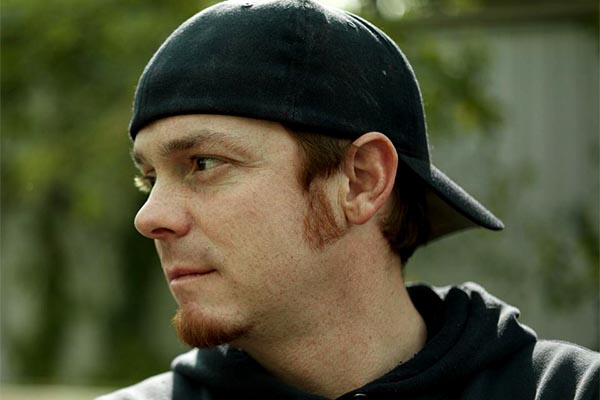 Aaron Kauffman, his high school friend introduced him to the show ‘Fast N Loud’. Mathieu was employed to paint the body of the restored cars in Gas Monkey Garage. Participation in the television series has been financially rewarding since Fast N’ Loud KC Mathieu net worth has risen up to a current estimate of $3 million, with an annual salary of $750,000 and $62,500 monthly.

The Car guy has gained popularity for featuring on the show Misfit Garage. He appears alongside Jordan Butler. The pair was cut off from Fast N Loud’s Gas Monkey Garage for hurling disrespectful utterances at their then boss, Richard Rawlings. 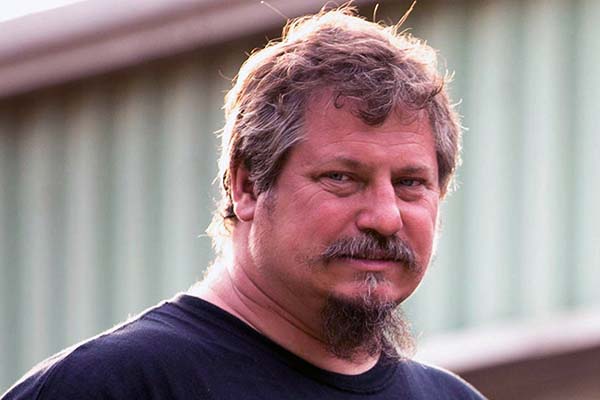 Apart from being a Tv star, Tom Smith also sings and is a highly rated stand up comedian. His appearance on ‘Misfit Garage’ has paid off with a huge amount of wealth. Tom Smith net worth is currently over $500,000, with his salary per episode being $17,000.

Looking at this stars love life, he is currently single, after getting divorced from his ex-wife Deanna Whetsell. He is a quite secretive man when it comes to his age. Thus his birthdate remains a mystery with the only fact known to be that he was born in Ohio. 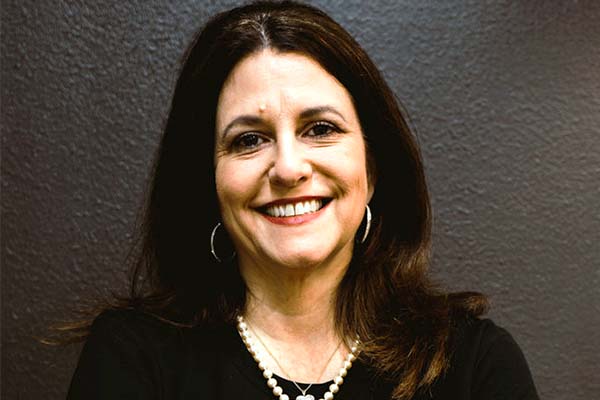 In 1964, exact date August 29, Daphne was welcomed to the world in the Rawlings family. The currently aged 54 years old star has been happily married to the love of her life Ken Kaminski since 1987. They are currently celebrating their 31st year anniversary in marriage and together, they are proud parents to two kids, a daughter, and a son. Daphne lives with her family in Irving, TX.

Her job in finance at the Gas Monkey Garage seems to be paying off very well since her net worth has risen up periodically to over $300,000, with an annual income of $200,000.

The star’s career on Fast N Loud has paid off. As such, Sue Martin has an accumulated net worth of $1.5 million. She has gained massive fans on the show due to her incredible sense of humor. Sue’s first job was at Upholstery. As a result, it inspired her to buy her own company. ASM gained recognition from Richard Rawlings in 2012, thus earning a debut on Fast N Loud reality series the same year. 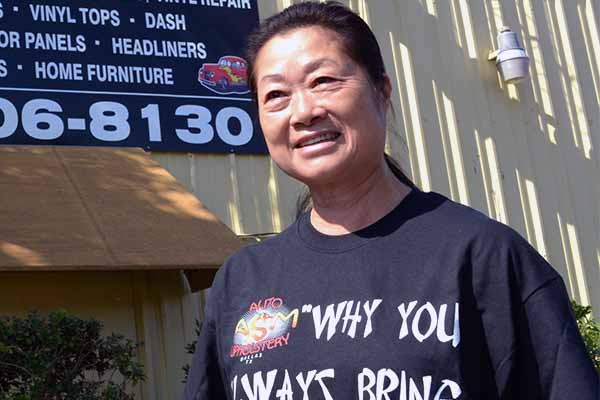 Sue’s love life is filled with bliss, as she has been married to Heulin for 51 years now, with no divorce rumors so far. They have a son named Richard. Seemingly Sue has chosen to keep her age hidden, with little details known about her age, apart from that she was born in Taiwan, to a farming family.

Currently, 50-year-old Jim Cutler celebrates his birthday on May 11 of every year. Professional voice actor and businessman would be perfect titles to describe Jim Cutler. He has been a perfect voice actor for several shows in the discovery channel where Jim works alongside his wife Megan, who is also a voice actor.

Jim Cutler owns Cutler Anderson Architects where he works with Bruce Anderson and also works in Misfit Garage with Aaron Kauffman. With such kind of thrive and hard work, Jim Cutler has been able to accumulate a net worth of over $3 million. 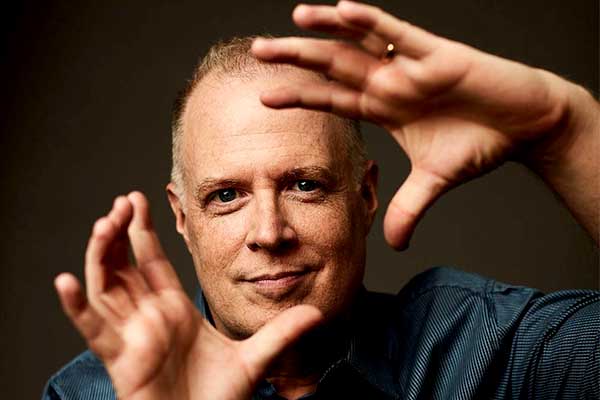 Jim’s wife is Megan Cutler. They tied the knot on the 3rd October 2018. Details on whether he is a dad or not remain undercover since he is a low key man.

Jason Aker is a restoration expert. His fame stems from his restoration work on the Gas Monkey Garage show. The star rose to fame as a result of featuring on Fast N Loud. This came after Richard Rawlings offered him a job in his garage due to his vast experience in restorations. 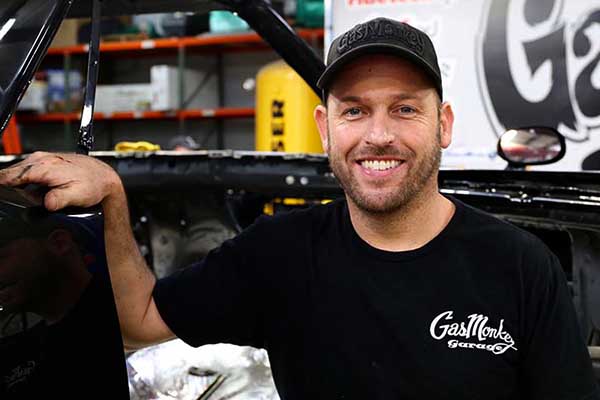 The star was born on 6th January 1974. As such, he is 45 years old at the moment. Jason Aker’s wife is Apryl Aker. They have two children together, Savannah and Brett. They tied the knot 23 years ago. Prior to joining Gas Monkey Garage, Jason Aker had a wide range of experience in restorations. This was because of his previous jobs in Twin Firebird Restorations and Worldwide Muscle cars.

As a restoration expert and Foreman in Gas Monkey Garage, Jason Aker earns a handsome amount of cash for the double responsibilities. His net worth is unknown.

Back in time during a Harley Davidson Invitational ride from Dallas to Daytona, Dennis Collins met Richard Rawlings. He created a good rapport with him due to their mutual interest in cars and have been friends from then till now. Due to his expertise in restoration, Dennis has been involved in the restoration of a massive number of cars. 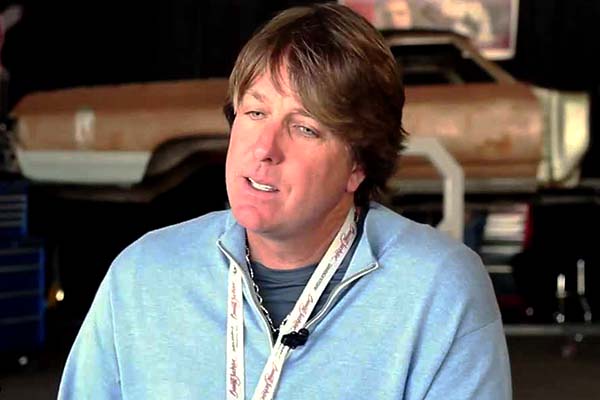 Dennis is not single. But his details remain unknown. As a result, Dennis Collin’s Kids are yet unknown.