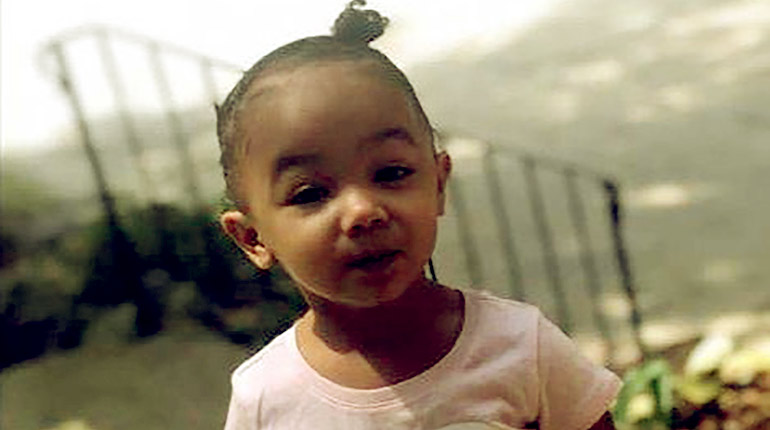 In the wake of last Saturday’s shocking news involving the abduction and murder of two-year-old Nalani Johnson, new info has flooded our newsroom. FBI investigations are currently underway regarding the homicide, and all the parties involved have their version of the story. Here’s what Dead Nalani Johnson’s mother had to say about it.

At around 5 p.m. on Saturday 31st August, an Amber alert involving two-year-old Nalani Johnson hit Penn Hills, Pennsylvania. She was last seen in the back on a Toyota Yaris SUV wearing a black tank top with flamingos written Born to Shine.

The child’s alleged kidnapper is 25-year-old Sharena Islam Nancy, who was a Rideshare driver. According to reports from the police, she was in the vehicle with Nalani’s father, Paul Johnson and a friend, Justin Rouse.

However, a fight ensued and between them prompting Paul and Rouse to pull up at the intersection of Bryant and Clay. However, before he could get the child from the back seat, Sharena pulled out abducting the child.

Nalani Johnson’s body was found on Tuesday evening in Pine Ridge Park in Blairsville. An autopsy investigating the cause of death will be done on Wednesday as investigations are currently underway.

According to Johnson’ mother, Nalani’s father sold her for $10K.

Paul Johnson claimed he tried calling Sharena on her cellphone, but she never picked up. However, the local police arrested her around 7.30 p.m. on Saturday and had her version of the story to tell.

According to the child’s kidnapper, she claimed that she only acted on instructions from Nalani’s father, who sold Nalani for $10K. Paul had told her to drive for 20 minutes along U.S. Route 22 where someone would pick up the girl. She also added that she gave the child to two women in a Silver SUV with out of states plates.

However, police reports show no evidence of Sharena Nancy’s claims. Additionally, the deceased child’s family also stepped up in support.

Johnson’s mother, Taji Walsh claimed her son was innocent and would never sell his daughter for $10K.

Moreover, Paul’s sister, Aujah Johnson also termed the accusations filed by Nancy as untrue. Taji Walsh echoed her son’s innocence, stating that if he sold her daughter, then why wasn’t he in custody?

Husband of alleged child kidnapper also in disbelief over his wife’s arrest.

22-year old Uddin Rahain, currently working overseas, saw his wife trending on Snapchat. He told CrimeOnline that he never thought his wife would be capable of such heinous crimes. Rahain also added that he had never heard of the Johnson’s until a detective briefed him of the situation.

Sharena Nancy, charged with the kidnapping of a minor, interference with the custody of children and concealing the whereabouts of the child now awaits arraignment. According to reports from Allegheny County police, Paul and Sharena were in a romantic relationship since March. Let’s hope Nalani Johnson’s receives justice.