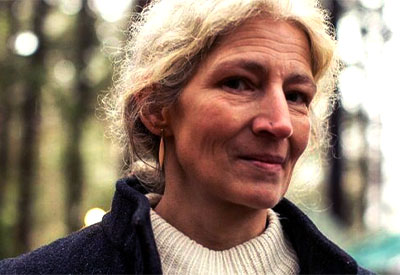 Ami Brown is a Television actress born on 28th August 1963 in Texas, United States of America. She is currently 58 years old. Ami was born to father Eugene Branson and mother Earlene Branson.

She grew up with her elder brother Les Branson. There is no information regarding her education. The only thing known about her family is that she went through so much domestic abuse in the family that she had to flee at the age of 15 when she met her husband, Billy Brown.

Ami has gained fame over the years for a Television appearance on the Discovery Channel reality Television series ‘Alaskan Bush People‘ alongside her husband and 7 kids. Alaskan Bush Family displays the life of the Brown family, Bill Brown and his wife Ami Brown and their children

The family lives in the remote areas of Alaska. The series mainly documents their day to day activities of the family as they build temporary homes and travel to different favorable places in the area.

The show has been filmed for 9 seasons and around 85 episodes. However, over time, the show has been reviewed negatively by lots of people over allegations that it is fake.

Ami Brown has a net worth of $800,000 garnered from the Television series, ‘Alaskan Bush People‘. She brings in 40,000 to 60,000 per year from the television series. In the show, she does the gardening to provide the family with just enough food to push them through the harsh winters. The family survives through the winters in the Alaskan Wilderness without modern heating and technology.

Besides being in the show, Ami takes part in adverts and Cameo appearances thus topping up her income source. Most importantly, Ami is a book writer. She has published 2 books ‘One wave at a time‘ and ‘Teacher Of The Old Code’.

Unfortunately, Ami was diagnosed with Stage III lung cancer in 2016 while filming season six of ‘Alaskan Bush People‘. Doctors said she had a 3% chance of survival. Lucky enough for her, she was able to go through treatment successfully. She stabilized on 21st December 2017.

During the treatment, the family relocated from rural Alaska to Southern California. Her doctor was Oncologist Dr.Deborah Wong of UCLA medical center. As of now, she only goes for regular check-ups every 3 months.

Looking at her personal life, Ami Brown is a married woman. She is happily married to Bill Brown. The duo met when they were just teenagers in 1979. Ami was only 15 years old. It was love at first sight thing. Their romance blossomed into marriage.

They tied the knot secretly on 16th June 1979. No rumors about any disagreements between them so far have circulated. They now have 5 kids, Rain, Snowbird Brown, Noah, Gabriel, and Joshua.

The duo is now grandparents to a boy named Elijah Connor Brown who was born on January 26, 2019, by their son, Noah Brown, and daughter-in-law Rhain Alicia.