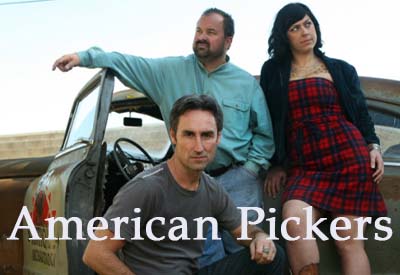 American Pickers is an American reality television show that airs on the History channel. Mike Wolf and Frank Fritz journey across the country in hopes of finding treasures that they buy and sell in their antique shop. Sometimes they even save them for their collection.

Finding treasures is not usually an easy task. They have to dig through junkyards and outbuildings in search of valuables.  American pickers premiered on January 18, 2010. Take a look at the net worth, salary, and bio of the cast members.

The TV personality is an antique hunter and Reality TV star. Mike Wolfe’s net worth is $4 million. His wealth comes from a salary of $500 thousand per season on the American Pickers. Mike is a 56-year-old man who celebrates his birthday on the 11th of June.

The star hails from Joliet, Illinois. His passion for junk collection has existed since his childhood days. The actor once collected a bike and sold it for $5000, and he made a ridiculous profit in the process.

The businessman later opened a bicycle store and afterward, a shop he named ‘Antique Archaeology.’ Mike and his friend, Frank Fritz, store and sell antiques that they collect around the country.

He rose to fame for the collection of hidden gems, and this earned him recognition on the history channel in 2010. The show follows them during and after the hunt. Mike is not single. His wife’s name is Jodi Faeth. The two have one daughter together, Charlie.

Antique collection is a pastime activity in the eyes of most, but Frank Fritz saw it as the exact opposite. The man even gave up his fire inspection job to go into the antique collection business, a smart move on his part.

American Picker Frank Fritz’s net worth of $3 million. His wealth comes from a salary of $300,000 for every season on American Pickers.

Frank Fritz was born on the 11th of October, 1965 in Ohio. Looking back at his high school days, Frank was a ‘picker’ alongside his friend Mike Wolf whom he shares a mutual interest in antiques.

They started an Antique archaeology shop where they sell their collection to the public. The shop caught the attention of the history channel who brought them on to host the American Pickers show. He is very secretive about his family and personal life. Some people have speculated that he is gay.

These rumors are unfounded as he is married, even though he has not disclosed any information about his spouse. Frank Fritz has appeared in several other popular shows such as Rachael Ray, Cincy Entertainment, Pawn stars and ‘Who wants to be a millionaire.’

Burlesque dancer, reality Television personality and fashion designer are all terms that you can use to describe Danielle Colby. She was born on the 3rd of December, 1975.

She has earned massive recognition for being a co-star on the history channel’s reality show American Pickers. Way before the premiere of the ‘American Pickers,’ Colby was a close friend to Mike Wolfe.

Mike Wolfe requested Colby to work at the Antique archaeology shop and assist with calls from people selling antiques while Frank and Mike concentrated on antique collections.

She has soared high financially from her successful dancing, reality shows, and thriving boutiques. Danielle Colby has a net worth of$1.5 million, with her exact salary still under review. 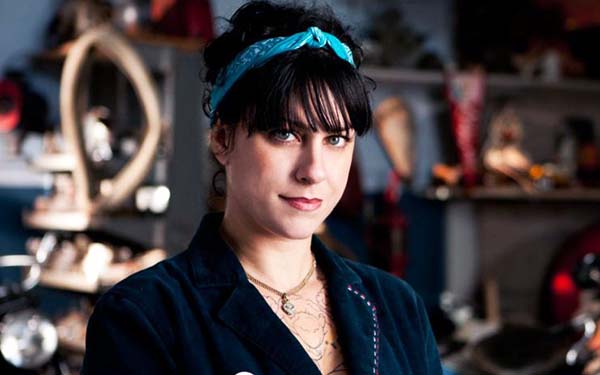 She was a married woman with two kids by 2004. But the marriage ended in divorce in 2012. On February 14, 2015, she found love again and got married to Alexander De Meyer.

Robbie Wolfe is a retired rock star. The musician is Mike Wolfe’s brother. He was born on April 26th, 1960, and is currently celebrating his 61st year alive. He is married to Robyn. The marriage almost erupted due to his hectic music career.

His wife told him to choose between her and the music and being a diligent man, Robbie decided to keep his family together. He subsequently quit his music career.

The star is a dad of four; Jeremy, Brandon, Kylie, and Reagan. He plays a vital role in renovating automobiles for use by the American pickers during their travel. He is currently the owner of  ‘RJ Wolfe and sons,’ a landscaping company. Robbie Wolfe’s net worth is $300,000.

Lauren Wray is a reality television star known for featuring American Pickers. She was born in Athens, Alabama on 23rd July 1984. This makes her 37 years old at the moment. The reality star has been into picking ever since she was a child; exploring old abandoned farmhouses, working at a pawnshop with dad and going to antique stores with her mum.

Lauren has kept her love life private, giving no details on whether she is married, dating or engaged. Whether she has kids or not still remains an unknown fact to the general public. Lauren Wray Grisham Net Worth is $300,000.

Ben Eshelman is a self-made multimillionaire whose net worth is  $380 million, according to a review by Forbes. He is a very charitable man who loves giving back to society by making numerous donations, with the most recognizable one being $100 million to the University of Carolina; the most significant gift that the university has ever received from an individual.

The star appeared on the ‘American Pickers’ show for the first time in Futon in 2015, where he was rebuilding a custom 1932 Ford Road star for Mike Wolfe.

Ben Eshelman is the owner of Kustom Metal in downtown Futon. Details on his family and love life remain undercover since he has not provided any tiny detail yet.

Emily Gwin is an actress, known for county crush (2016) and American Pickers (2010). She is the store manager at Antique ecology where she deals with customer service issues and facilitates the sale of the gems collected by Frank Fritz and Mike Wolfe.

For her education, Emily attended Northcott Senior High School after which the designer went to St. Ambrose University to study graphic designs. She was married on September 21, 2013. She has preferred to keep her family matters private to protect her loved ones from public scrutiny.

Talking about her age, Emily has not provided any detail on her details. The only information on her birth is that she was born in Princeton, Lowa. Emily Gwin’s Net Worth is $200,000.

Dave Ohrt has a net worth of $1 million. He was born on the of 4th May 1954, making him 67 years old at the moment. He brings in an annual income of $250,000. The man had a passion for antique motorcycles since he was a kid, as well as the restorations of the old bikes.

This intense passion led him to found GMC savanna automobiles company where he repairs old broken down motorcycles. He has been in attendance of Antique motorcycle shows very frequently.

In the reality series, ‘American pickers’ he is seen restoring old rugged bikes alongside Frank Fritz. On love life matters, Dave is a divorced man. He is a dad to one kid.

Richard Ellis is a worker at  Rock Island Auction in Rock Island. He is the valuer for the American pickers, helping them establish the exact value of the gems. In his love life, Maria Ellis is his wife. She works together with him at the auctions.

Richard has not given out much information on his personal life so it is hard to know whether he is a dad or not. He has also kept his age a top secret. The star appeared on the ‘American Pickers’ in 2011 alongside his wife.

They sold some collectibles to the American Pickers, Mike Wolfe and Frank Fritz. Richard’s exact salary and net worth have not been calculated up to date because he has not been in the limelight for long.