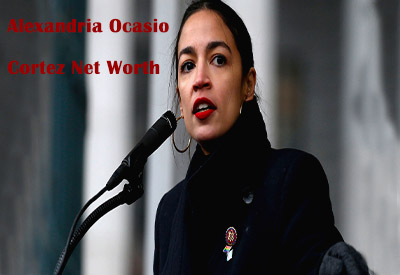 Alexandria Ocasio-Cortez is a Bronx, New York Native who specializes in Politics and Activism. The 29-year-old American Politician holds the record of being the youngest woman ever to get elected to the Congress. This came after a well fought victory over fellow Democrat Joe Crowley in the nominations and another subsequent victory over Republican opponent Anthony Pappas. Presently, the young politician serves as the representative for New York’s 14th District in Congress. Her short tenure in politics has already been marked with quite a number of achievements. Know Alexandria Ocasio-Cortez net worth right here.

Who is Alexandria Ocasio-Cortez? Her Career Info.

Alexandria Ocasio-Cortez is a 29-year-old American Politician who grew up in the tough streets of the Bronx. She burst on to the limelight after becoming the youngest woman in the history of the United States of America to be elected into Congress.

Many will be surprised to learn that the congresswoman actually worked as a bartender when she was younger. This was in order to help her struggling mother fight the foreclosure of their childhood home. She would then go on to work for an NGO, National Hispanic Institute, holding the role of Educational Director.

In 2016, the Hispanic Congresswoman would find herself working for Bernie Sanders during his presidential campaign. Politics was something Alexandria had always been interested in, but she didn’t get her big break until her brother nominated her for the Brand New Congress.

Remarkably, the 29-year-old Politician worked on her campaign while she was still tending tables. She was endorsed by movements such as MoveOn and Black Lives Matter. Regardless, it was clear that she was at a disadvantage, as she lacked the financial backing her opponents boasted.

And so her eventually victory sent shockwaves across the entire country. First, she beat Joe Crawley in the primaries before eventually facing Republican nominee, Anthony Pappas. 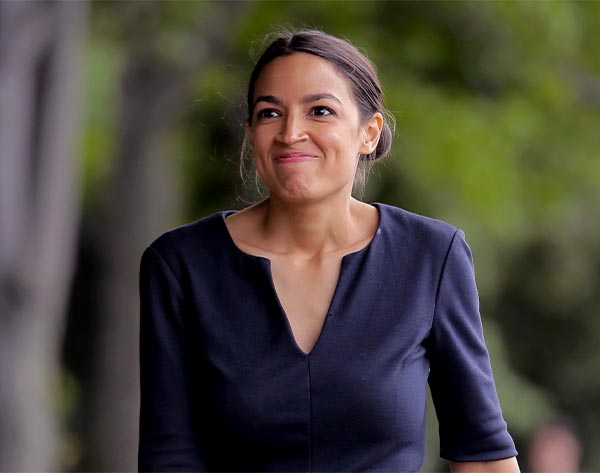 On January the 3rd, 2019, Alexandria was sworn into office. The Bronx native’s political platform focuses on raising awareness on several issues.

They include affordable medical coverage, housing, the removal of the US Immigration and Customs Enforcement, and the reform of the Criminal Justice System. Alexandria Cortez is also responsible for championing the Green New Deal resolve.

It focuses on issues relating to climate change. It is also important to note that the young politician is a member of the Democratic Socialists of America.

Reports suggest that the 29-year-old politician earns an estimated $ 174,000 from her job in Congress. Before joining Congress, the would-be a politician was on an annual salary of $ 26,600.

Of this, she had only managed to save under $ 10,000 as a direct result of her massive student loans. This came from her time as a student at Boston University.

The Bronx native’s election into congress saw a significant increase in her wealth. As such, Alexandria Ocasio-Cortez net worth is $100,000.

Alexandria Ocasio-Cortez is a 29-year-old Politician from the Bronx. Currently, she serves as a member of the US House of Representatives. She was born on October 13th, 1989.

Her parents are Blanca Ocasio and Sergio Ocasio. She grew up alongside one brother, Gabriel. The Politician’s late father worked as a small business owner and architect.

He would, unfortunately, succumb to lung cancer in 2008. Her mother Blanca, was a cleaner and school bus driver. The modest income saw her family endure tough times, including facing house foreclosure.

For her educational background, the 29-year-old attended Yorktown High School. She would follow this up by attending Boston University’s College of Arts and Design where she attained a degree in International Relations and Economics.

Her College tenure also saw her intern for Senator Kennedy during his last stint in office. Politics was something that called to her right from a very young age.

Despite her lack of finance, as is the prerequisite for most people venturing into politics, she would find her way to Congress after beating Republican Anthony Pappas. This came on the back of endorsements of groups like Black Lives Matter.

Alexandria appealed to the working man, as she came from humble beginnings. She had the support of the common people, and this is undoubtedly what earned her a place in Congress.